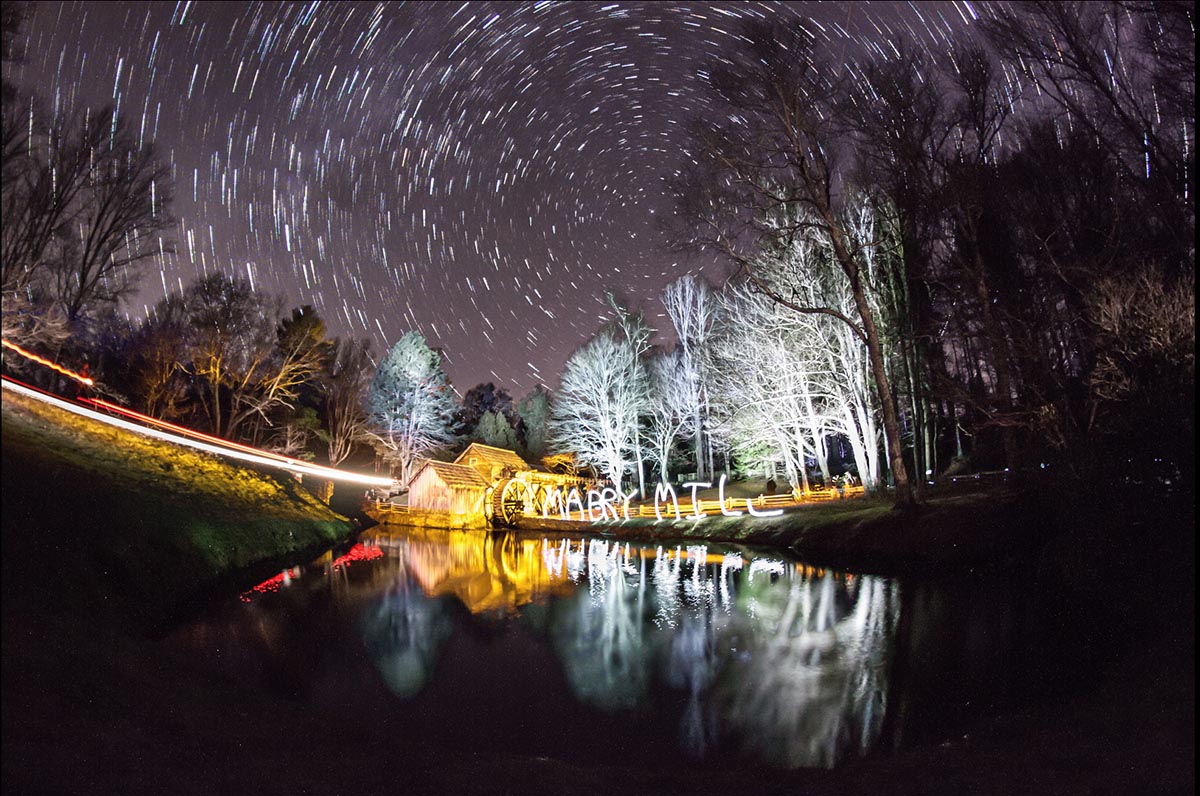 A Light Painting Primer: An Introduction to Light Painters Sponsored by Dorcy Light painting, sometimes known as light drawing, is a style of photography in which a variety of handheld light sources, such as flashlights, glowsticks, candles, matches, fireworks, and more are used with a long camera exposure in order to illuminate objects or create special effects that can only be seen in the photograph. The photographer sets the camera exposure and then “paints” the light on the subject, continually moving the handheld light in order to get the desired effect. The long exposure allows the movement of the light to appear in the photo.

Light painting allows for the creation of original images that can exist nowhere else but in the photograph. Landscapes can be lit in vivid colors; subjects can appear bright and fun, or dark and otherworldly. Light painting opens up new and exciting creative approaches to traditional photography.

Dean Chamberlain is known as the father of modern light painting and is recognized for light paintings which include famous people such as David Bowie and Paul McCartney. He is also credited with popularizing the use of portable lighting to light specific parts of a scene.

With today’s DSLR cameras, light painting has become easier than ever before, as artists can instantly see their work and make adjustments in the field. Before digital photography artists had to spend an entire evening taking as many photos as possible but not knowing for certain of the results until the pictures were developed. Still, it is an art form that requires skill and patience, as well as a willingness to work late into the night, often all night, until the work is complete.

Today, light painting is a vibrant art form with a variety of artists, each with their own unique style. The one thing the artists do have in common, however, is passion and commitment to their craft. If you haven’t looked into light painting you really should. You’ll find inspiring imagery in a wide range of styles.

Dorcy is proud to sponsor two talented light painters, Aaron Bauer and Jeremy Jackson. Dorcy provides them with flashlights, glowsticks, and other portable lighting products to help them create their incredible works.

“Today light painting is a vibrant art form with a variety of artists, each with a unique style.”

Aaron has been light painting since 2005. His works are diverse and range from bright and fun to otherworldly. Most of his work is shot outdoors and is different than many light painters in that many of his images incorporate the human figure.

Bauer uses a technique he refers to as “single exposure trickery” which makes the image appear double or even triple exposed, resulting in a unique look, one which is different than those of other light painters. He says that what he loves most about light painting is that you get to create an image which can only be seen in the photograph. To view some of Aaron’s work visit www.flickr.com/photos/drtongs

Jeremy Jackson’s light paintings are fun, bright, rich with vibrant colors, and full of imagination. His best known works are his “Fire and Light Masks” series which contains more than 150 images. In addition to this series, he has many other works, many of which can be seen on his website. He lives in Virgina’s Blue Ridge Mountains and has been light painting since 2008. But although he has only been painting for several years, he has accumulated more works than many who have been light painting for decades.

Jeremy is committed to sharing his art and the joy of light painting with the public through interactive workshops where attendees get to create their own light paintings. As Jeremy says on his website, “Something as intriguing as this should be enjoyed by all.” You can learn more about Jeremy, his work, and his workshops by visiting his website www.tackyshack.net.

I encourage anyone who loves art, portable lighting products, or both to check out light painting and the artists Dorcy sponsors. After all, my humble descriptions of the artists’ works pale in comparison to taking in the actual image. They say a picture is worth a thousand words—but in this case, it’s worth many, many more.

Information for this article gathered from the following sources.

Back to all articles